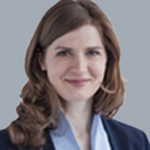 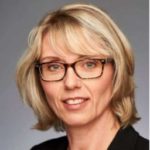 How is the vaginal flora structured?

Certain bacteria are essential for a healthy vagina. They form part of what is known as the vaginal flora. In contrast to other micro-organisms, however, they are not pathogenic, but useful helpers. These helpers primarily consist of lactobacilli (lactic acid bacteria), which are rod-shaped bacteria that convert sugar into lactic acid. This creates the acidic milieu of the vagina with a low pH of around 3.8 – 4.5. Thanks to the acidic environment, pathogens struggle to grow, or will not grow at all.

The vaginal flora is also dependent on the female sex hormone oestrogen. Its concentration in the woman’s body fluctuates during her cycle: The oestrogen level decreases during and shortly after the period. Accordingly, fewer lactobacilli are present in the vagina during this time. As the cycle progresses, the amount of oestrogen increases again. This also increases again the number of lactic acid bacteria.

The vaginal flora can also lose its balance in menopausal women. The oestrogen level decreases during this time, which also changes the milieu of the vagina. This allows pathogens to spread more easily.

For a healthy vagina, there are a few things you can pay heed to. They help maintaining the balance of the intimate flora. These include:

Clean your intimate area gently with a special intimate wash lotion or with water only to avoid disturbing the natural milieu.

Refrain from intimate deodorants or vaginal douches – these too disrupt the natural balance.

After a bowel movement, please always wipe from your anus towards the back – and never in the opposite direction!

What factors derail the balance of the vaginal flora?

Lactobacilli are abundant in a healthy vaginal flora. They are accompanied by other micro-organisms that colonize the vagina to a lesser extent. Some of them are present naturally on our skin. If fewer lactobacilli are present, or even completely absent, the milieu of the vagina changes. The usually low pH increases. This provides pathogens with a friendlier environment in which they can grow well. Are you experiencing symptoms such as increased discharge, severe pruritus and a burning sensation when urinating? If so, it is reasonable to assume that one of the pathogens causing vaginal yeast infection has spread.

Certain body fluids have a basic pH. This includes blood and sperm. They cause the low pH in the vagina to rise. The vaginal flora usually restores the protective acidic milieu sufficiently rapidly after sexual intercourse or during the days following the period. If this, however, does not happen or if a woman’s vaginal flora is more sensitive to these changes, bacteria gain a good opportunity to spread. This increases the risk of a vaginal infection.

Healthy vaginal flora! I have something for that.

Not only yeasts, but also other pathogens such as bacteria can cause unpleasant symptoms if the vaginal flora is not intact. An example of this is bacterial vaginosis. Here, too, the vaginal flora has changed. Instead of the important lactobacilli, there is now an excess of unwanted bacteria. This typically changes the vaginal discharge in affected women: it becomes more copious and mostly grey-whitish in appearance, accompanied by a strong and unpleasant fish-like smell. Affected women are troubled by this and quickly assume that its cause is a poor intimate hygiene. The smell, however, is caused by certain substances formed by the bacteria. Additional symptoms may include pruritus, irritation and reddening of the skin in the vaginal area. This may also cause pain during sexual intercourse or urination.

The composition of the vaginal flora is influenced in various ways.

A healthy vagina with an intact intimate flora is particularly important for pregnant women. Pregnancy is a very special condition for the body. It also changes the hormonal balance. The accompanying high levels of oestrogen also influence the vaginal flora. Pregnant women are also more susceptible to infections due to their more sensitive immune system.

A disrupted vaginal flora in pregnant women may result in spread of pathogens. In the case of bacterial vaginosis, the risk of premature birth or miscarriage increases. Pregnant women who notice a change in the vaginal discharge (appearance and smell) should consult their gynaecologist. He or she will clarify the change and treat it accordingly, if necessary.

How can you support or establish a healthy vaginal flora?

A treatment with KadeFungin FloraProtect can make sense from a medical point of view:

buy now and receive in a few hours